Dr. Jeffrey Milligan first became involved with LSI in 2006 with a program in Indonesia called The Decentralized Basic Education Project. He was interested in this opportunity that combined his professional background in education with his research interests in Islamic education and the Muslim community in Southeast Asia. Dr. Milligan officially joined LSI in 2011 by filling a role that would help lead more international development projects. Three years later, he would be leading the institute. 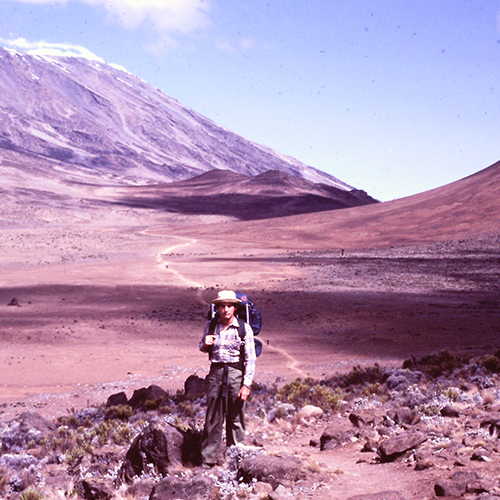 Dr. Milligan is proud of what the LSI team has accomplished internationally over the past ten years. He has witnessed much of the department's growth, moving from primarily subcontracting their projects to priming projects themselves. For example, one of LSI's current major projects is a multi-million-dollar project being led by Dr. Stephanie Zuilkowski in Zambia. Whether domestic or international, Dr. Milligan and the rest of the LSI team are always looking for opportunities and working on new proposals.

Dr. Milligan has now stepped away from leading LSI. Although it was a big responsibility, he found that the role was eased by his colleagues, who are self-directed, highly efficient, and successful in fulfilling their roles. He states, "If anything, the greater challenge is keeping track of what everybody was doing and where everyone was."

While he may have stepped away from his leadership role, Dr. Milligan is still with LSI and has been the Principal Investigator on the Community College Administrator Program for several years. This project brings groups of educators from various countries to Tallahassee for five to six weeks. The purpose is to expose the educators to the U.S. Community College model and demonstrate how community college can help establish careers in technical education. This ongoing project, implemented in 2013, has hosted cohorts from twelve different countries.

This fall, the Community College Administrator Program will host a group from the Philippines, which is particularly exciting for Dr. Milligan. His research interests in the Islamic minority from the Philippines developed early in his career after his time serving there in the Peace Corps.

Dr. Milligan's work at LSI has reaffirmed his belief in the importance of education. He explains how education does not receive proper attention in broader public discourse. "Education is the mechanism in which society decides what elements of its past it wants to pass onto the new generation, and it's the place that prepares for the future."

After more than fifteen years at LSI, Dr. Milligan can attest to the tremendous effect their work has had in Florida and internationally. Starting in the 1970s, one of the department's first projects involved helping reform the Korean education system. LSI has grown exponentially since then, "There are people in small villages in Nigeria, the Philippines, Uzbekistan that know about FSU that have never heard of FSU football…that is because of LSI's work." The team at LSI can be found around the world as they continue to work on creating materials and training teachers.

What does Dr. Milligan see in the future for LSI? He hopes the department will continue to be a place of innovation, entrepreneurship, and creativity. After all, those qualities and the dedication of the staff are at the heart of the Learning Systems Institute.